Virtual Export Delegation with Market Briefing and One-to-One Business Meetings, Uzbekistan: One of the World’s Most Promising Frontier Markets

Following the implementation of major social and economic reforms in favour of international trade and investment, Uzbekistan has transformed into an attractive, stable yet unexplored country with significant market growth opportunities for Danish companies.

The World Bank is very active with 22 projects totalling over 4 billion USD, making the country program for Uzbekistan the second largest in Europe and the Central Asia region following Turkey. Moreover, EBRD has invested €1.85 billion through 79 projects in Uzbekistan’s economy. With support from the Uzbek Government, AIIB, EIB, and EBRD are committed to promoting the development of the country’s private sector and a sustainable energy transition, including in the areas of renewables, water, waste and clean-tech sectors.

Examples of current sector specific opportunities explored during the virtual delegation, include the below listed projects, to name a few:

The delegation will have a particular focus on opportunities in energy, renewables, water, waste management and related clean-tech sectors, using the recently signed 142 million euro 7-year contract to upgrade the water management system in Tashkent, Uzbekistan’s capital, won by French Suez, global leader in water and waste management, as a case study for Danish companies looking to explore the wide opportunities in the country.

Danish companies will leave the delegation with clear ideas on market strategy and the right relationships to take the next steps to establish their business in Uzbekistan, with financing clarifications from EKF (Danish Export Credit Agency).

Virtual one-to-one company matching meetings with senior decision-makers in Uzbekistan will be coordinated by the organizers after the webinar. In advance, the organizers will help each Danish company participants identify relevant Uzbek private sector enterprises or government agencies that could prove particularly valuable. This could also include SUEZ representatives.

Uzbekistan is one of the world’s most promising economies and growing emerging central Asian markets. For the last four years, the Uzbek government has embarked on an ambitious reform effort, which has included currency liberalisation, financial sector reforms, and improvements in the ease of doing business. These steps have led to growth in both trade and foreign direct investment as multinational companies re-enter a market that had been effectively closed for a decade.

Uzbekistan has a diverse economy with a large agricultural and industrial sector. The country’s key sectors have traditionally been state-owned enterprises. Enabled by financing from the country’s large banking sector as well as international lenders such as the World Bank and the European Bank for Reconstruction and Development, Uzbek companies are seeking to modernize their operations in order to improve competitiveness of exports in the global market. This modernization drive represents a significant opportunity for Danish companies to provide world-class technologies.

Uzbekistan occupies a strategic location at the heart of Central Asia and with a population of 34 million is the most populous country in a wider region that is home to over 70 million. Despite the COVID-19 downturn, the International Monetary Fund predicts that the Uzbek economy will continue to expand this year—at 1.8%—before rebounding to 7% growth in 2021. Uzbekistan was lauded as one the world's top twenty most improved economies for ease of doing business, according to the World Bank’s Doing Business 2020 report. It was also named “country of the year” in 2019 by The Economist.

The World Bank has rapidly scaled up its support to Uzbekistan since the start of the country’s social and economic transformation in 2017. The World Bank program in Uzbekistan is the second largest in the European and Central Asia region after Turkey, with 22 projects totalling 4.08 billion USD. The program is focusing on economic and institutional reforms, agriculture, health, education, water supply and sanitation, energy, transport, social protection system, and urban development.

The price is calculated on a fixed number of companies and a 75 per cent subsidy from the Danish Trade Council. Should this result in a higher price than the one quoted you have the right to cancel your participation. Registration is in accordance with the General Terms and Conditions for participation in Export Promotion Events of the Confederation of Danish Industry. Read more.

The price is per participating company 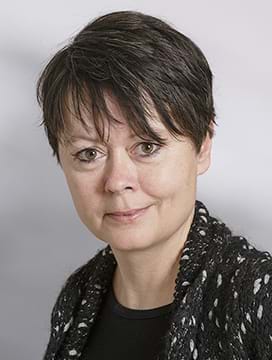 You can follow us on DI - International on LinkedIn