Do business with the Mexican pig industry

Join the Danish pavilion at this important business fair and conference, and do business with the Mexican pork industry. A strong focus on Denmark, Danish products and solutions within the pork industry. 23-26 October 2019, Mexico

UNIQUE OPPORTUNITY TO DO BUSINESS WITH MEXICAN PIG PRODUCERS
The Embassy of Denmark in Mexico, Confederation of Danish Industry (DI), Danish Agriculture and Food Council (L&F) and OPORPA, the largest Mexican Organisation for Pig Producers, are honoured to invite Danish companies to join the annual OPORPA conference and business fair in October in Mexico. OPORPA represents 80% of Mexican pig producers and links the sector with relevant industries. The OPORPA conference and business fair is the most important event for the pork sector in Mexico and Latin America with around  1,600 participants.  Many of the important Mexican pig producers have a fully integrated production embracing the entire value chain.

THE DANISH PAVILLION
The Danish Embassy and OPORPA have developed a unique and trusted partnership. Denmark is special invited partner country for the conference and business fair. It is the first time ever that OPORPA invites a partner country. The Danish Pavillion will showcase the Danish companies, technologies and strongholds, and we are proud to have Food Nation on board as a branding partner for the event. Also, Denmark, Danish solutions, technology and strongholds will be presented by special invited Danish Experts and key note speakers on the big stage at the congress  area.  The DK organizing team and OPORPA will facilitate B2B meetings and exclusive B2B networking events for the participating Danish companies hosted by the Danish Ambassador.

WHY JOIN?
Mexico, with its 130 million people, is the 11th largest economy in the world and are moving up.  The large-scale Mexican pig producers invest heavily in new solutions and technologies to meet the rising demand from their home and export markets, among them Japan and South Korea. This is a unique opportunity to meet, network and do B2B with important key companies and producers.   Denmark, Danish Companies, technology and know-how  within food and agriculture are a super strong brand in Mexico. And the embassy and its co-organizing partners, including OPORPA, are well connected to key players and producers and therefor well positioned to facilitate exclusive B2B meetings and networking events.

STRONG POSITION AT THE DANISH PAVILLION AND THE CONFERENCE
For the first time ever, OPORPA has invited a partner country for their conference and business fair— and Denmark is honored to attend with the Danish pavillion and participate with invited Danish experts, key note speakers—and not least Danish Companies. We expect a total of 12 Danish Companies will join the Danish Pavillion. The organizing DK team and OPORPA will facilitate B2B meetings and networking events for the participating Danish companies hosted by the Danish ambassador.

INCLUDED IN THE PARTICIPANT FEE
A stand at the Danish Pavilion at the most important pig conference and business fair in Mexico and Latin America. A exclusive negotiated price —40% lower than the standard. Exclusive B2B meetings with key selected companies and producers  - facilitated by the Embassy/DI team & OPORPA.  Exclusive networking events for you and your potential customers and partners hosted by the Danish Ambassador. Press and VIP business events at the Danish Pavillion. Participation at the conference. 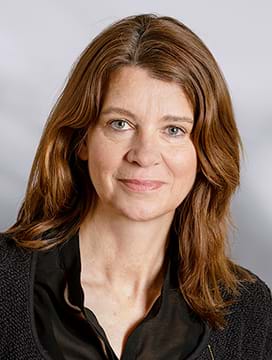