District energy is climate friendly and a strong factor in promoting energy efficiency and reducing waste of energy. District heating enables the integration of increased shares of renewables into the system and it enables flexible and intelligent solutions at customer level.

District energy is being promoted through the EU Energy Efficiency Directive and expanding in the traditional European markets – but only slowly. Wherever district energy grows, Danish suppliers are present making their mark. And Danish authorities are playing their strong part in promoting this collective and efficient energy conveyor system.

The District Energy Workshops are moderated by Lars Hummelmose, DBDH

Germany is an experienced market for district energy with strong local customers in the form of local Stadtwerke. The Danish Energy Agency, DBDH and the embassy has built a strong collaboration with selected German Länder, e.g. Baden-Württemberg, Nordrhein-Westfalen and Hamburg as well as at the federal level – and more partnerships are following. In Poland, district heating is present in all cities as the efficient, modern and green alternative to single-house solutions.

In both the United Kingdom and the Netherlands, district heating is still only marginally applied, covering less than 5% of households. However, in both countries there is a political will to promote the opportunities further, and investment plans to follow up.

Danish embassies in both countries work to bring Danish experience and suppliers into play, further enhancing the momentum of these solutions.

In the US, an effort is taking place to promote the Danish experience in district energy to cities, planners as well as large building owners such as universities and the army.

In the Gulf region, district cooling has an impressive potential in bringing up efficiency and down the costs of cooling. More Danish suppliers are looking seriously at the market opportunities, with the help of the Trade Council and business associations.

In North America, there are large district energy investments taking place at the universities. Many campuses are converting their steam systems to hot water systems and here many Danish companies have a unique opportunity to get a foothold on the North American district energy market.

Several Danish organizations are involved in promoting the Danish knowhow and technologies in district energy to cities, planners as well as large building owners such as universities and the army

Several Danish organizations are active in the Guld region.

The above workshop themes are confirmed. The actual presenters at the workshops are not yet fully confirmed. Changes may occur.

For all workshops, resource persons will be available to share their knowledge, representing: 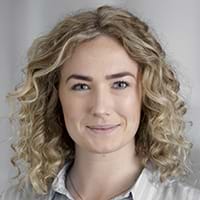