Presentations and dialogue with experts from companies, embassies and institutions

Wind energy is Denmark’s largest energy export area and Danish exporters have strong presence and commercial positions both onshore and offshore in our European home markets and in a range of global markets.

More recently, offshore wind energy has picked up dramatically, both in European, Asian and US markets with Danish expertise and technology in high demand from all sides. Danish enterprises, organizations and institutions are aggressively pursuing the opportunities, and a number of Danish experts are placed in strategic markets sharing Danish experience and paving the way for more Danish exports.

We take a closer look at opportunities and commercial activities in Asia, Europe and the United States.

Panel-debate on the opportunities and the barriers in the Asian region – what to do?
- Jan Kjærsgaard, CEO Offshore, GE Renewables
- Michael Hannibal, Partner, CIP
- Siemens Gamesa Renewable Energy
- Vestas

Is the Esbjerg Declaration on the build out of offshore wind the land of milk and honey for the wind industry?

We take a deep dive into the essentials in the Esbjerg Declaration. What are the first steps in realizing it? What market opportunities does it represent for the Danish renewable energy sector?

The session will investigate among others: Market opportunities, timeframes, actions already taken by the four countries and partnership opportunities both public / private and industry partnerships.

What are the Dutch doing and can we create new business opportunities?
- Jarl Frijs-Madsen, Ambassador to the Netherlands

The aim of the session is to look at the American offshore market and create a debate about the opportunities for Danish companies and how we make the best of them. And at the same time, also cast a critical eye on the situation: Has the current administration delivered the green fairy tale that was expected and what challenges are there for Danish companies that want to establish themselves in the American market? 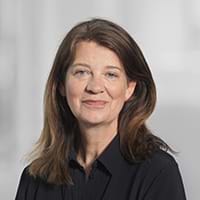