Britannia Rules the Waves – with the help of Denmark

UK Energy Opportunities – a New Paradigm on the Horizon

A high-profile Danish-British energy conference will take place on 8 November in London. Claire Perry, British Minister of State for Business, Energy and Industrial Strategy and Lars Christian Lilleholt, Danish Minister for Energy, Utilities and Climate are confirmed to speak to highlight the strong co-operation and the opportunities for expansion in commercial relations between our energy sectors and industries. 100 invited representatives from UK and Danish energy circles will attend. You can join too.

UK is crucial to the Danish energy industry. In 2017, Danish exports of energy technology to the UK rose to 18,4 bill. kroner, almost 25% of the total exports, making UK the most important export market. In 2016, the stock of Danish foreign direct investment in Britain’s utilities was of 40 bill. kroner, almost 65% (!) of Danish FDI within utilities.

The Danish wind industry is responsible for large part of Danish energy exports to the UK. On 6 September, the world’s largest wind farm, Walney Extension, was officially opened. It is situated in the northwest of England, owned by Ørsted, PFA and PKA and with 87 wind turbines supplied from Siemens Gamesa and MHI Vestas. But Danish engagement extends far beyond wind technology and into biomass, waste, district heating, energy efficient building materials and machinery.

A new interconnector between UK and Denmark is under preparation. Viking Link is a 770 km long HVDC cable linking South Eastern UK with Western Denmark. Viking Link is a joint project between British National Grid and Danish Energinet. The final decision is still pending for this interconnection line which may become operational in the early 2020’ies.

Meanwhile, Denmark works to provide as many “Viking Links” to UK as possible, bringing Danish technologies, solutions, financing and knowledge into play in the UK in the field of energy – and tapping into the potential for any exchange between UK and Denmark.

The Danish and British government collaborate in a range of fields in energy. Not least within the so-called “Export Programme” linking Danish expertise and companies to UK counterparts in the field of district heating and energy efficiency.

The importance of this strong collaboration – and keeping up momentum in light of BREXIT – is the reason behind the conference organised by the Danish-UK Association in partnership with DI Energy on 8 November. Please find link to programme and register your participation here.

UK’s green energy transition has a strong Danish mark on it. At one could recently hear at the last promenade concert from Royal Albert Hall: “Rule Britannia, Britannia rules the waves”. When it comes to energy waves, it is true to add “…with the help of Denmark”. 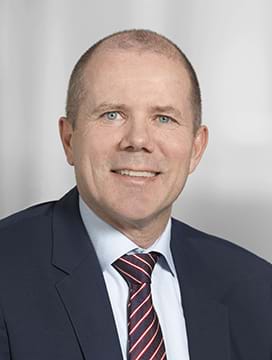