Danish companies have committed to recycling 202,400 tonnes of plastic. That’s double the amount the EU is aiming for. At the Danish Brewers’ Association, 50% of members’ plastic consumption must be recycled in 2025.

Danish companies have committed to recycling 202,400 tonnes of plastic. That’s double the amount the EU is aiming for. At the Danish Brewers’ Association, 50% of members’ plastic consumption must be recycled in 2025.

When you buy a bottle of water from Aqua d’Or in 2025, at least half of the bottle will be made from recycled plastic. That is the goal the bottled water company has set together with other breweries and bottling plants through their trade organisation, the Danish Brewers’ Association.

“As an industry, we have shaken hands on increasing the amount of recycled plastic in our bottles from the current 25% to 50% by 2025 and ensuring that plastic bottles collected via the country’s bottle deposit system are used to produce new food product packaging,” says Knud Loftlund, Head of Environmental Conditions at the Brewers’ Association.

Converted into tonnage, this means that 6,000 more tonnes of plastic will be recycled in production at member companies of the Brewers’ Association.

And they are far from the only ones. Several Danish companies have given pledges (voluntary targets) following the EU Commission’s goal of increasing the amount of recycled plastics in the EU as a whole by 10 million tonnes by 2025.

If the other countries do as well as Denmark, we’ll achieve double the Commission’s target. Karin Klitgaard, Underdirektør

The Confederation of Danish Industry (DI) has added up Danish companies’ pledges, which altogether amount to 202,400 extra tonnes of recycled plastic by 2025. That is 2% of the EU Commission’s overall target, while the Danish population makes up only 1% of the EU. That number is something to boast about in Denmark, says Environmental Policy Director at DI Karin Klitgaard.

“We won’t know what other EU countries have pledged until the EU announces whether the target has been reached in October. But If the other countries do as well as Denmark, we’ll most certainly achieve the target set by the Commission,” says Karin Klitgaard.

For the member companies of the Brewers’ Association, the EU Commission’s target is only one piece of a greater puzzle. They’re aiming for circular economy with more environmental initiatives in relation to both bottle depositing and production.

“Our member companies want to take responsibility. That’s why we’re aiming high, and our long-term goal is one hundred per cent circular packaging that will be able to be recycled in new products again and again,” says Knud Loftslund.

The demand for environmentally friendly products is increasing. This is apparent among the association’s members, who show great interest in meeting that demand. It has therefore not been a problem to get members on board.

“Both consumers and buyers are demanding more recycled plastic in products, and it is therefore increasingly attractive for companies to move towards establishing a circular economy,” says Knud Lundtoft.

Carrot instead of stick

The EU Commission is expected to reveal whether its target of 10 million tonnes has been reached on 31 October 2018. If the Commission is not satisfied with the amount or quality of the pledges companies make, it is possible that legislation will be passed to achieve the goals.

“We’ve been given the carrot instead of the stick, and that’s definitely the best solution. It allows companies to actively alter their production and develop smart solutions. If legislation punishes companies, the same degree of innovation isn’t guaranteed,” says Karin Klitgaard. 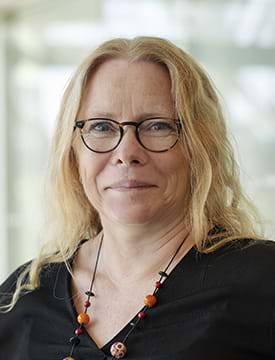