Foreign manager: “Danes aren’t as open as they think they are”

Dutch Stefan Segers is head of engineering at Universal Foundation in Aalborg and happy to be working in Denmark, but he does sometimes find it difficult to read his Danish employees.

On 1 March Stefan Segers took on a position as manager at Universal Foundation in Aalborg. Prior to that he had had long conversations with his partner in the Netherlands, who accepted his decision to take the job in Denmark, because he goes home every weekend, and, in her words, “at least this way I’ll know when you’re off work.”

Stefan Segers is trained in lean and has taken other leadership courses, but he has not received any training to prepare him for his encounter with the Danish workplace culture.

“All in all, I’m very happy to be working and managing in Denmark. But I was a bit surprised about how difficult Danes are to read. I’m used to saying things very directly, and I’ve learned that I have to be a bit more careful about that in Denmark than I did in the Netherlands,” says Stefan Segers.

See also: DI: Foreign employees are highly important for our growth and welfare

The staff at Universal Foundation consists of eighteen full-time employees, eight of whom come from other countries such as Iran, Lithuania, Poland, Romania, Brazil and, of course, the Netherlands. In addition, there are a number of steady freelancers, all of whom are Danish.

Danes are probably more reserved than they believe themselves to be. Stefan Segers, Manager, Universal Foundation in Aalborg

Head of Finance at Universal Foundation Jette Anna Nielsen explains that the company started as a partnership with the University of Aalborg, which means that they now have the privilege of hand-picking some of the most talented international engineers and researchers who come to Aalborg to study and do research.

“Without them, we wouldn’t exist, which means it is crucial that we have leaders capable of handling staff with very diverse backgrounds,” she explains.

The company has a code of conduct to avoid situations such as Danes speaking Danish in the presence of foreigners who do not understand the language. The overall leadership style is Danish and more liberal than some of the international employees are used to from home.

“Generally, Danes are more proactive at work while foreigners tend to ask their manager in the beginning to make sure they aren’t breaking any rules by taking initiative on their own. We therefore emphasise the fact that it’s ok to do something without asking permission, that it’s ok to make mistakes, and that we can talk about it openly if it happens,” says Jette Anna Nielsen.

Meanwhile, Stefan Segers doesn’t quite agree with the perception Danes often have of themselves. For instance, in his experience, Danes don’t necessarily say what they really mean.

“I never doubt that our employees have the company’s best interest at heart. But at times changes happen in a company that employees don’t approve of. I’m used to having people tell me that sort of thing directly, and I’m also very straightforward myself. But this is an area where I have to be better at determining what kind of employee I’m dealing with and adjusting my own behaviour accordingly,” says Stefan Segers.

Meanwhile, he does not believe that there are any insurmountable differences between cultures and mentalities in northern Europe, where he himself also comes from.

“Danes are probably more reserved than they believe themselves to be, and it can be difficult to create a social network outside of working hours if you don’t put in a lot of effort, and I’ll be the first to admit that I haven’t put in the hours it takes if you want to get to know Danes outside of the office,” says Stefan Segers.

He tries to keep updated about his employees’ lives through informal chats by the coffee machine and over lunch.

“It’s good to know whether there’s anything going on in people’s personal lives that may affect their mood and work. When you talk about that sort of thing, you can also adjust the workload and expectations when employees are occupied by something happening in their personal lives,” says Stefan Segers.

Stefan Segers feels well-equipped for the role as manager in Denmark, but he also believes that he could benefit from Danish leadership courses in English that give insight into Danish culture. This is a need that Universal Foundation and other companies are increasingly voicing.

“We’ve looked for courses and networks we can offer our international managers. We have internal events where employees get to know each other, but we also need to be able to offer post-education that can help foreigners better settle in Denmark,” says Jette Anna Nielsen.

More and more companies are expressing the need for Danish leadership courses in English, says Kinga Szabo Christensen, Director of the Management Development and Productivity Unit at DI.

“Companies are increasingly recruiting international managers, and that naturally results in an increasing need for leadership courses that take their specific needs into account. That is why we have established an English course intended for foreign managers in Denmark,” says Kinga Szabo Christensen.

She explains that many international managers are surprised when they first encounter Danish workplace culture, which is often significantly different from what they are used to.

“In Denmark, we challenge our managers, and Danish employees often consider their manager a person who has been given a role rather than a hierarchical position. This can be difficult to deal with as a foreign manager,” says Kinga Szabo Christensen.

For that reason, the course not only includes leadership tools but also offers participants insight into Danish workplace culture and an understanding of how the Danish labour market works.

Contact Senior Advisor Christine Secher at 3377 4769 or chse@di.dk to find out more about the DI Leadership Training Programme. 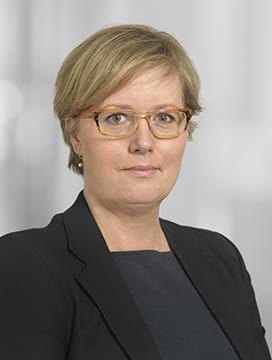