Young people are increasingly pessimistic – but they’re also making claims to their future. Lars Sandahl Sørensen, CEO at the Confederation of Danish Industry, and Anders Dons, CEO at Deloitte, blog about the business community’s opportunity to take the lead in solving the climate crisis - and giving young people hope and the chance to take action.

“The man who is a pessimist before 48 knows too much; if he is an optimist after it, he knows too little,” wrote American author Mark Twain. What would Twain say about the youth of today who, despite their young age, seem to be more pessimistic than previous generations?

The increasing pessimism among young people comes to light in new surveys carried out by Deloitte and the Confederation of Danish Industry respectively. In Deloitte’s most recent survey of Generation Z and millennials (17-36-year-olds), only every fourth young person believes that the economy will improve in the coming year.

Even fewer believe that today’s social and political frameworks will change for the better. Similarly, in a survey of young people carried out by YouGov for the Confederation of Danish Industry last spring, less than every fourth says that they believe Denmark will be a better society to live in in the future.

This is a generation that was faced with a global financial crisis just as they were about to enter adulthood. A generation that has for the past few years experienced a world shaken regularly by extreme economic and political turbulence. And, as both surveys indicate, a generation for whom the climate crisis is the overarching concern.

Most would probably panic. Or give up. But the countless demonstrations across the globe in which young people put pressure on decision-makers to take climate action show that they’re far from paralysed by pessimism - to the contrary. The younger generation is taking action and demanding a future.

They’re expressing their frustration over politicians who aren’t acting quickly enough. And yet they’re not blind to the fact that all of society must summon up the strength to change the current course - companies, politicians, NGOs - and the young people themselves.

Business as a driving force for climate solutions

Companies are well equipped to take the lead in solving climate change challenges. Young people are putting their trust in companies to make a difference. At home, approx. 60 per cent of young people believe that businesses play a crucial role in finding solutions to the climate crisis.

And they’re right. Each day, Danish companies develop new technological solutions that contribute to creating a safer and more sustainable future for us all. There are countless examples – be it major players like Ørsted, which was recently named the most sustainable energy company in the world, or Danfoss, whose newly developed control systems and thermostats make it possible for both individuals and companies to significantly reduce energy usage. Or be it smaller companies like printing house KLS Pure Print, whose newest aim is to develop 100 per cent biodegradable print material and packaging. All of them prove that it is possible to supply sustainable solutions and achieve good economic results.

Also our prime minister has set an ambitious climate target for Denmark and emphasised at the UN General Assembly that Denmark can take the lead in the fight against climate change - despite our small size. DI supports the prime minister’s ambitions and has just launched a plan outlining how Denmark can reduce greenhouse gas emissions by at least 65 per cent without compromising economic growth. Danish pension funds’ pledge of DKK 350 billion to sustainable companies may also prove to be a quantum leap in the right direction.

If we are to ensure that companies can continue to develop groundbreaking green solutions that bring us closer to the Paris Agreement targets, we must be able to attract the very best young talents, both globally and at home. Those who have the willpower and the skillsets necessary to challenge the status quo and think up the innovative solutions we need.

Soon, millennials and Generation Z will make up nearly 40 per cent of the world’s total labour force, and it is among this group that companies will find the talents of the future - and its leaders. Our surveys show that when young people search for jobs, they look for companies that act ethically, take social responsibility and make a difference for the climate and the environment. The numbers speak for themselves. The companies who fulfil these expectations have the best chances of attracting and retaining young employees.

Not only will young people opt against jobs, but as Deloitte’s survey shows, there is also a risk that they will opt against products if companies don’t live up to their expectations with regards to social and environmental standards. Especially among Danish young people, focus on climate and the environment is far greater than it has been in previous surveys.

Let’s show young people that they can count on us. Let’s give the young, pessimistic generation reason to hope, or - even better - the opportunity to take action. For the business community, this is not only a responsibility, but a duty.

This article has also been published in Jyllands-Posten. 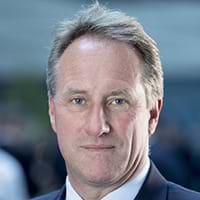