Sandahl: Green EU budget is a good budget for Denmark

The EU’s government leaders agree that the EU should be carbon neutral by 2050. It is an ambitious goal that requires member countries to accelerate the green transition. The target requires more investments in green growth and new, innovative climate technologies that create attractive export opportunities for Danish companies.

Denmark has already passed a law guaranteeing carbon neutrality by 2050. We also have a target of reducing carbon emissions by 70 per cent by 2030. But naturally, we cannot solve the climate crisis alone. It is therefore of huge importance to Denmark and Danish companies that by far the majority of EU countries are willing to work to make the EU carbon neutral by 2050.

“Even though Poland doesn’t support the EU’s climate targets, the EU has taken a major step in the fight against climate change. Although EU countries are at vastly different stages in the green transition, it has been possible to set ambitious climate targets. This is necessary if we are to fight climate change - together,” says Lars Sandahl Sørensen, CEO of the Confederation of Danish Industry.

The green transition is not free, so it is vital that the EU obtain both public and private capital to finance climate initiatives. Lars Sandahl Sørensen, Adm. direktør

The EU’s long-term climate targets have required many rounds of tug-of-war. A number of countries in central and eastern Europe wanted to block an agreement, because they were concerned about closure of factories and loss of jobs.

The EU therefore plans to establish a climate fund known as the “Just Transition Fund”, which will support the green transition in coal-producing countries. Despite this, Poland - as the only EU country - did not endorse the target of a carbon-neutral EU in 2050.

Poland’s government is aware that this means Poland will not be eligible to receive the same financial support from the Just Transition Fund but has asked for time to consider the plan until the EU summit in 2020.

“It’s important that we get all EU countries on board. It’s therefore natural for the EU to support the green transition in areas where it would otherwise have been difficult to make a difference. We expect that it will increase the demand for new, innovative energy and climate technologies within sustainable energy and energy efficiency, for example. These are solutions that Danish companies can supply. A green EU budget is also a good budget for Denmark,” says Lars Sandahl Sørensen.

“Both in Denmark and in the rest of Europe, we must figure out how to carry out the green transition in a way that also allows us to maintain our competitiveness - and thereby also our opportunity for growth, jobs and prosperity, such that we in the future can continue to afford to create the society we want,” says Lars Sandahl Sørensen.

Money must be spent sensibly

The financing of the EU’s Just Transition Fund is to come from the EU’s budget, which the EU member states will negotiate in 2020. In addition, the EU’s government leaders agree that a major amount must be earmarked for the climate fund. Overall, the EU Commission expects to be able to secure up to 100 billion euro for the fund.

“The green transition is not free, so it is vital that the EU obtain both public and private capital to finance climate initiatives. This is money that must be spent sensibly. Several of the technologies we need to successfully complete the green transition have yet to be invented. So for us, it’s important that the EU’s investments create better conditions for development and research in new technologies. We look forward to seeing the concrete plans,” says Lars Sandahl Sørensen. 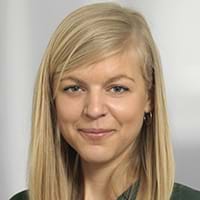 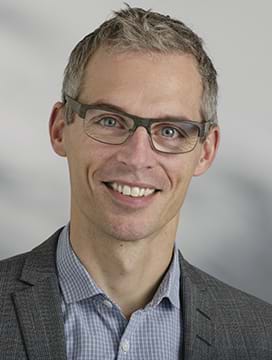