What should companies do about employees who work across the Danish-British border? Get answers from the Confederation of Danish Industry’s legal services department.

If the United Kingdom leaves the EU without a deal in place, it will change the rules for residence and work permits, and this could impact companies’ access to labour. In the case of a hard Brexit, the UK will become a third country, for which terms are fundamentally different than for EU and EEA countries, because the EU’s freedom of movement does not apply.

Prime Minister Theresa May has, however, announced that the rights of EU citizens who already reside in the UK will remain unchanged, even if an exit agreement is not reached. There has, however, not yet been any official statement about what exactly this entails.

The EU Commission has encouraged all EU countries to allow British citizens and their accompanying families to retain their current rights as EU citizens, including their right to reside and work in EU countries, after 29 March 2019, where the UK is scheduled to leave the EU.

The Danish government wishes to mitigate the worst consequences of a no-deal Brexit scenario for British citizens who have come to Denmark as EU citizens before 29 March this year. The government will present a bill ensuring a temporary transitional scheme for resident British citizens and their families.

The transitional scheme is temporary. It includes rules for residency and will apply to British citizens and their families who reside in Denmark legally under the EU’s freedom of movement on 29 March 2019. British citizens who enter Denmark after this date must obtain work and residence permits under Denmark’s Aliens Act (Udlændingeloven).

Companies must also note that after 30 March 2019, British and Danish authorities are no longer obliged to mutually recognise professional qualifications obtained in the other country. Companies must therefore ensure that they have the proper authorisations in place.

The EU and UK have until 29 March to find solutions to these and a large number of other challenges.

You can read more about the consequences for recognition of professional qualifications on the Ministry of Higher Education and Science’s website.

DANES WORKING IN THE UK

It remains unclear what requirements the UK will set for visas and work permits after its leave. Companies should therefore be prepared to apply for UK work and residency permits before their employees can legally work in the country.

Social security includes benefits such as healthcare, childcare, parental leave, sick leave, pension, unemployment, ATP pension and workers’ compensation. Companies may therefore be forced to pay social security contributions in the UK for their employees in the country. This would apply to all employees, also those stationed abroad who maintain their social security in Denmark.

If the Danish Parliament passes a temporary transitional scheme, resident British citizens will have broadly the same rights as they currently do. They would not, however, continue to be covered by the relaxed rules for family reunification and expulsion.

British citizens and their families who travel to Denmark after 29 March 2019 will not be covered by the temporary transitional scheme. In order to work or study, for example, they will therefore have to apply for residence and work permits under the rules of the Aliens Act just as all other third country citizens.

If the Danish government’s bill for a transitional scheme is not passed, all British citizens in Denmark will be considered third country citizens. This will require that British citizens obtain Danish work and residence permits in order to work in the country legally.

Danish authorities are currently urging British citizens to apply for a registration certificate or residence card as a proof of their right of residence in Denmark under EU rules.

Resident British citizens can find out more at the Ministry of Immigration and Integration. 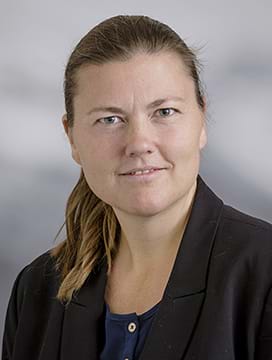