With the “Made in China 2025” industrial policy, China is seeking to turn the country into the global leader in high-tech manufacturing in sectors such as robotics by 2025. Danish companies must enter into partnerships and focus on development in China in order to keep up, say China observers.

The threat from the east. It sounds dramatic – and it is.

China is in the midst of an enormous industrial revolution by the name of “Made in China 2025”, which will impact manufacturers all over the world, including Denmark.

“Ultimately, there are two main consequences. On the one hand, it will be more difficult for Danish companies to export to – and be present in – China. And on the other hand, Danish export companies will face fierce competition in markets in the rest of the world,” says head of the Confederation of Danish Industry’s project department in Shanghai, Peter Bøgh Hansen.

With Made in China (MIC) 2025, China’s ambition is to become self-sufficient in advanced technologies within ten selected sectors, thereby pushing China up the global value chain and out of the position as “factory floor” for the rest of the world’s manufacturers.

Among the ten sectors that China has selected for development are robotics, green energy and medical equipment. These are areas in which Danish companies have traditionally been at the global cutting edge – and China has traditionally imported.

This transformation will be impossible to ignore, says author and journalist Christina Boutrup.

“Danish companies can count on China having precisely the same capacities as they do by 2025 at the latest. And that’s problematic, because Chinese prices are typically 30 per cent lower. This will put pressure on global leaders such as Vestas, who have spent billions on development,” she says.

Danish companies can count on China having precisely the same capacities as they do by 2025 at the latest. Author and journalist Christina Boutrup

In her most recent book ”Den store Tech Revolution – Sådan former Kina vores fremtid” (The Big Tech Revolution – How China is Shaping Our Future) Christina Boutrup notes that Chinese companies typically do not do the inventing themselves. Instead, they are experts in copying and building on top of existing technologies “at China speed” – that is, very fast.

“It’s important to note that competition in the Chinese market is extremely tough, which is why Chinese companies quickly seek outwards towards international markets. This means that MIC 2025 is likely to bring about a veritable Chinese tsunami of cheap high-tech,” she says.

Wants in and is bringing the money

The underlying ambition behind Made in China 2025 is for the country to be able to innovate and develop itself. And they’ve got the funding to back that aim.

“They plan to realise their ambitions with the help of enormous amounts of capital, administrated by 800 funds that pump the money into innovation environments, projects and businesses,” explains head of the Confederation of Danish Industry’s project department in Shanghai, Peter Bøgh Hansen.

“China is serious about this, and the Chinese government usually reaches its goals,” says author and journalist Christina Boutrup.

So what should smart Danish companies do?

Christina Boutrup recommends that companies enter into strategic partnerships with Chinese companies, just as FLSmith has done with one of its Chinese competitors, guided by the motto “If you can’t beat ‘em, join ‘em”.

LEGO has also teamed up with Chinese internet giant Tencent, which wants to learn from LEGO’s work with protection of children’s personal data.

“Danish companies are extremely good at putting the human at the centre of technology and they are at the forefront when it comes to CSR, sustainability and data privacy. This is something they can use to make themselves appealing to Chinese partners, who in turn can open the door to the gigantic Chinese market,” she says.

Both observers point out that there is a risk of intellectual property theft – just as has always been the case in China. Focus must be on development, development and then a bit more development.

“Danish companies need to realise the scope of both Made in China 2025 and China’s will to develop. It’s enormous. If Danish companies can take part in realising the country’s ambitions, there are certainly plenty of opportunities. I would definitely recommend setting up R&D departments out here where the development is happening,” says Peter Bøgh Hansen.

When it comes to development, Christina Boutrup advises Danish companies to shift their focus away from Silicon Valley to China, which is already the global leader in new digital business models, social media and e-commerce. And soon, this will also be the case in artificial intelligence.

“Danish companies must start using China more as a laboratory where they can tap into China’s development ecosystem and partner with universities and test products in the world’s biggest market. If new products or services can make it in the Chinese market, there is a greater chance of them making it in the rest of the world. That’s the best way to get ready for when China comes – because it will,” she says.

First step in a three-step strategy leading up to 2049, where the People’s Republic of China will turn 100.

Focus on partnerships and development

Cut down costs; competing against state funding is tough.

Constantly keep ahead technologically, and accept that your lead is short. 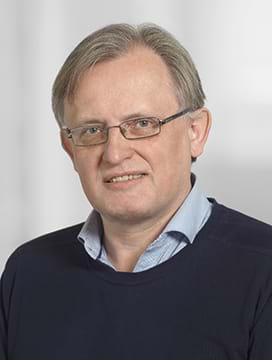