The new offshore wind farm Horns Rev 3 was inaugurated by H.R.H. Crown Prince Frederik. Vattenfall is behind the North Sea wind farm, which consists of turbines from Vestas MHI.

49 wind turbines will now be spinning away 25 kilometres off the country’s west coast, producing 12 per cent of Danish wind power.

The country’s biggest wind farm, Horns Rev 3, was inaugurated Thursday afternoon at the harbour in Hvide Sande, seven years after the parliament voted in favour of the turbines. The park plays an key role in Denmark’s goal to have half its electricity produced by wind power in 2020.

Director Tine Roed from the Confederation of Danish Industry sees Horns Rev 3 as yet another outstanding achievement within wind power development. The turbines from Vestas MHI are double the size of the turbines that have been the lifeblood of Anholt Offshore Wind Farm since 2013. Meanwhile, the price of the new turbines is 32 per cent lower.

The turbines are constantly getting bigger and more efficient. Companies are getting better at manufacturing and installing the turbines, and the price is falling. Tine Roed, Direktør

This means that wind turbines can now compete with essentially all other forms of new electricity production. This is also good news for the environment, because it further reduces carbon emissions. The 187-metre tall wind turbines will provide electricity for about 425,000 households all year round.

“We are well on our way to eradicating the environmental impact of our electricity sector. In the future, we must become better at utilising green power elsewhere - for example when driving cars and heating houses,” says Tine Roed.

“Danish wind turbines are a highly demanded export good, but the competition is tough. It is therefore essential that the sector has a domestic market that supports the development and testing of wind turbines,” adds the DI director. 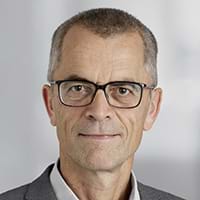