German industry director on recession fears: The public sector must invest in the future

“Germany is too small to make a difference in the world. We must therefore work together and strengthen the unity of European countries and business organisations,” said Joachim Lang, CEO of Bundesverband der Deustchen Industrie (BDI) at a lunch meeting with the newly appointed CEO of the Confederation of Danish Industry (DI), Lars Sandahl Sørensen, and number of other DI employees.

He noted that since joining BDI, it has been his desire to get to know DI and gain insight into how DI works in a number of areas.

Employees therefore shared information about how DI works to inspire SMEs to work with digitalisation and how we in Denmark work with development of climate solutions within the energy sector, for example.

In addition, the direction was given insight into how and why we work with long-term plans for society that can inspire politicians in both Denmark and the EU.

In industry, we’re now worried about the future. That concern is difficult to communicate to the public. Joachim Lang, CEO of DI’s German sister organisation Bundesverband der Deutschen Industrie

Meanwhile, the German director described Germany’s current situation, where large parts of the business world are under pressure due to the US-China trade war and the prospect of Brexit.

“We’ve had ten amazing years where things have only gone up. But in industry, we’re now worried about the future. That concern is difficult to communicate to the public, where there may be an impression that the past ten years of growth is the norm,” said Joachim Lang.

He noted that Germany’s public coffers have never been as well-stuffed as they are now. But the money goes to welfare instead of infrastructure, AI, 5G and other areas that future growth depends on.

“We believe that we should collaborate more, both nationally and within the EU. There is no reason for all 16 states to reinvent the wheel within AI. This should instead be an area where we create perhaps three clusters in Europe that really gather the expertise. But it can be difficult to gain political support for an agenda that does not specifically create investment on German ground,” said Joachim Lang.

On both sides of the lunch table, there was consensus that steps must be taken to limit the world’s carbon emissions, and that the development of solutions in this area should also help secure both German and Danish competitiveness in coming years. Here, the German director highlighted the American attitude.

“They firmly believe that money and technology can solve the world’s problems. And they’re right. We shouldn’t put restrictions on people’s activities and prosperity. We must find solutions that maintain and boost prosperity while at the same time safeguarding ourselves against climate change. These are solutions that our members are capable of developing, and we have a common task to communicate this,” said Joachim Lang.

During the meeting, Lars Sandahl Sørensen also pointed out that Danish solutions can help Germany in many of the country’s focus areas, including energy solutions to help reduce the carbon footprint.

“In Denmark, the new government announced a very ambitious goal for the reduction of our carbon emissions. It’s a goal no one can achieve alone. We therefore have to work together. That’s something we’re good at in Denmark, and at the same time we’re very aware that we must also cooperate internationally - and that includes Germany in particular,” said Lars Sandahl Sørensen. 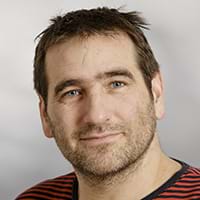