In one year, the entire freight company Peder Olsen & Søn will be smoke-free. Today, about half of the company’s 100 employees smoke, but the employees support the idea of a smoke-free company. That’s why the company is now offering courses to help employees stop smoking.

Peder Olsen & Søn has existed for 100 years and is part of the national carrier Danske Fragtmænd.  The company is part of a sector in which it is not uncommon for employees to eat unhealthy foods and smoke heavily.

Starting 1 September, 2020, the entire company will be smoke-free. From that day on, it will no longer be permitted to smoke cigarettes or e-cigarettes at work. CEO Henrik Olsen saw the need for change and brought it up with the union representative.

“He supported the idea right away. And even smokes e-cigarettes himself,” says Henrik Olsen.

We need to take care of each other. We work in an industry where not everyone has had the support they need. So we need to help out a bit Henrik Olsen, CEO

No opposition to initiative

Peder Olsen & Søn’s employees range from 17 to 72 years old, and it is particularly the younger employees who smoke. The most important argument for implementing a smoking ban was the health of employees.

“We need to take care of each other. We work in an industry where not everyone has had the support they need. So we need to help out a bit,” says Henrik Olsen, who hasn’t encountered any opposition whatsoever to the initiative.

Another reason is increasing frustration about the many breaks smokers take to smoke. And it isn’t just the director who’s frustrated - also the company’s non-smokers have expressed dissatisfaction.

“As leader, I need to respond to that issue,” says Henrik Olsen.

The first smoking cessation course has taken place, and more will follow. But it’s not enough. For some employees, it’s necessary for the entire family to join the effort if they’re to succeed in quitting cigarettes. Peder Olsen & Søn just held a staff and family day focussing on quitting smoking and healthy eating.

“Many fear that they’ll end up gaining weight if they stop smoking. We therefore invited a dietitian to come speak,” says Henrik Olsen.

At the Federation of Employers for Transport and Logistics (ATL), they haven’t heard of other companies who have launched similar initiatives. Working environment consultant Susanne Linhart praises the company for going the extra mile to help employees improve their health.

“If you’re going to implement a complete smoking ban during working hours, it obviously requires that employees support the idea. It’s apparent that there are a lot of employees here who appreciate the nudge, and it will definitely result in healthier, happier employees for the company,” she says.

There’s just one pressing question left for CEO Henrik Olsen: What will happen if an employee smokes during working hours after 1 September, 2020?

“There are probably some employees who will continue smoking during working hours, so we’ll have to make an agreement with them regarding how many and when they take their smoking breaks,” says Henrik Olsen. 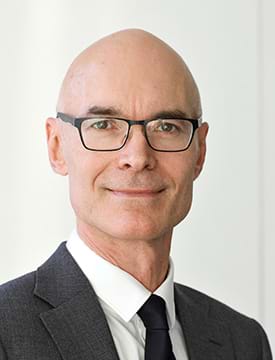