Manufacturing companies add services to their physical products. In fact, a review of researches carried out between 2007 and 2017 shows that the amount has tripled in ten years – from approx. 20 to 60 percent. Moreover, a new study from the European Commission (2018) shows that the share of servitization amongst the Danish SMEs is 70 percent. This places Denmark in the top of the ten reviewed EU-countries.

A study from 2017 carried out by Copenhagen Business School shows that 59 percent of the manufacturing companies also offer services. A DI study from June 2016 showed that some 45 percent of our members within manufacturing did add services to their products. An early study from University of Cambridge showed a share of 20 percent in 2007. The studies paint a picture of Danish companies increasing their sale of services and now holds a strong position within servitization.

During the last ten years there has been an upward tendency for Danish manufacturing companies to add and integrate services to their physical products. Even though, the tendency is based on different studies, which are not directly comparable, the development is so significant that it strongly indicates an increased use of services as additional sales to the manufacturing companies’ physical products – so-called “Servitization”.

“Servitization” can be used as a competitive parameter as companies can easily differentiate their products from their competitors’ by adding services. Furthermore, the services also enable an increased turnover through additional sales to the customers.

An international study from University of Cambridge (July 2011) shows that the manufacturing companies in several countries offer services to a relatively large extent. In most countries the number of companies making use of services increased from 2007 to 2011. American companies top the list and Denmark lags behind. However, other more recent Danish studies (Danish companies only) indicate a significant progress up to now.

In a study carried out amongst the members of DI’s business panel (June 2016) a specific question was posed as to whether the companies offer services as part of the sale of a physical product. The study concluded that 37 percent of all responding companies sold services as a supplement to a physical product. However, focusing only on the manufacturing companies, the share was 46 percent. The study shows that the market for physical products and the market for services - or industry and service companies for that matter - are no longer divided but are melting together.

Furthermore, almost half of the companies that confirmed selling services as additional sales to a physical product believe that the service part amounts to a larger share in 2016 than it did five years earlier. This result is well in line with the tendency appearing if you compare the results from 2007 and 2011 in the University of Cambridge study.

The most recent study of servitization in Denmark was carried out by Copenhagen Business School (CBS) in December 2017. This study shows a continued upward tendency from 2011 to 2017. CBS has studied 939 Danish companies within manufacturing, raw material extraction, building and construction. Fifty-nine percent of these companies offer one or several services via their homepage1.

The latest survey from the European Commission, carried out among ten EU-countries, shows that 70 percent of the Danish SMEs are servitizised. That is the largest share among the countries represented in the survey, including Germany, Netherlands and France.

The CBS study shows that 22 percent of the companies offer one to three services while 37 percent offer four or more services as additional sales to their physical products. In particular, customer service, advising, repairs, after-sales and maintenance are the most common services.

By adding services to their physical products, the manufacturing companies can make their products preferable to the ones of their competitors. Thereby, they gain a competitive advantage and a potential to increase their turnover through additional sales.

For instance, a machinery manufacturer can, apart from the sale of the machine itself, also sell installation of the machine, training of relevant employees, software updates and spare part replacement.

Danish companies are very good at adding value to their products enabling them to sell at higher prices than their European competitors. These so-called up-market products account for more than half of Denmark’s total export of goods.

Services like expanded warranty, support, user training, collaboration on design, access to updates etc. give the companies the possibility to stand out from their competitors. Moreover, parameters like quality, design, flexibility and other custom-made solutions are also examples of competitive advantages which the customers are willing to pay extra for. 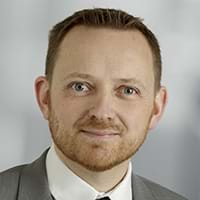