So far, the Danish economy has defied the decline in growth on export markets. DI estimates GDP growth at 1.8 per cent in 2019 and 1.7 per cent in 2020. However, the international economy is surrounded by great uncertainty, and a major international slowdown can bring down growth to 1.1 per cent already in 2019.

The Danish economy has defied the slowdown in the world economy and is currently performing quite well, despite the low level of growth on export markets. In particular exports have been a pleasant surprise, while employment has continued its positive development as seen in recent years. In this forecast DI estimates that the Danish economy will increase by 1.8 per cent in 2019 and by 1.7 per cent in 2020. This growth estimate for the Danish economy requires that we are neither affected by a major international downturn nor by a significant labour shortage. So, it is a difficult balance the Danish economy has to strike in order to continue to grow.

Should exports not be able to maintain the market shares won during the latest quarters, and we see a slowdown in the world economy, Danish GDP growth can be reduced to 1.1 per cent in 2019 and to 1.2 per cent in 2020. The effect will be that, at the end of 2020, the Danish GDP will be DKK 27bn lower and at the same time employment will be nearly 35,000 (individuals) lower than in this forecast’s main scenario. Such a low-growth scenario may become a reality if growth in export markets turns out as predicted by the most negative international forecasts, or if international forecasts are downgraded to the same extent as seen over the past six months. This is not a worst-case scenario. Should a hard Brexit occur and/or a trade war between the EU and the US break out, it may end up even worse.

According to the latest risk analysis from Exford Economics, global risks are clearly leaning to the negative side. More than seven out of ten respondents are estimating that growth may be lower than expected, and that the likelihood of a slowdown has increased during the past three months. Also, the IMF, in a new forecast, estimates that growth in the world economy will consolidate itself in the first half of 2019 and from that moment on recover some momentum, but at the same time points out the high risk of further downgrades.

However, should we manage to ride out the storm making it possible for the growth in the world economy to continue – albeit at a slightly slower level – then there is also the risk that growth in Denmark will be curbed by a widespread lack of labour. DI expects that the (economic) recovery will continue and that unemployment will drop to approximately 95,000 individuals by 2020. However, this will require a slow improvement in productivity. Should productivity remain at the same standstill as in the past few years, pressure on the labour market will be significantly greater.

The Danish economy is currently balancing on a knife edge. On the one hand, the economic recovery is hampered by an increasing shortage of labour and at the same time we are experiencing a weakened demand from abroad.

The global level of economic policy uncertainty is extraordinarily distinct early in 2019. This is, not least, due to the chaotic Brexit negotiations alongside the trade dispute between the US and China. Along with weak German key economic indicators, Italian recession and the protests from “les gilets jaunes” in France, an increasingly negative picture of world growth is materializing in 2019.

New economic forecasts from the IMF, the OECD and the European Commission have all downgraded the outlook for growth for 2019. This applies, not least, to growth in Italy, the UK and in Germany.

Despite the weaker international economic growth, Danish key indicators continue to surprise positively. In January, the number of employees increased by just over 8,000 individuals compared to the previous month, which is the largest increase in a single month in the past ten years.

The export figures also show a somewhat favorable development. The exports of commodities rose well in late 2018 and the improvement continued in early 2019 despite the weaker growth on export markets.

Private consumption is also developing quite favorably. Consumption has increased by just over two per cent annually in recent years, and the progress seems to continue in 2019. Car sales grew extraordinarily during the first quarter of 2019, which was due to the announcement of rising taxes on cars.

Replies from the companies’ in DI’s Virksomhedspanel show a fairly unchanged level of optimism among DI member companies, despite the more subdued international economic conditions.

Despite the lower growth abroad and increasing global uncertainty the Danish economy has been off to a relatively good start in 2019. That being the case, it is DI’s estimate that we can expect a decent growth of 1.8 per cent in 2019 and a slightly lower growth at 1.7 per cent in 2020.

In the coming years, growth will be accompanied by growth in both private consumption, public consumption and exports. However, the forecast is characterized by considerable international uncertainty, and a prerequisite for the outlined development is therefore continued growth in exports.

On average private consumption has increased by 2.2 per cent annually over the last four years. DI expects growth to arrive at just below 2.5 per cent in both 2019 and 2020. A slight increase in the propensity to consume from a very low level is expected in this forecast period.

Private consumption is supported by general progress in real disposable income. Incomes are strengthened by continued increases in employment and in real wages. Interest rates on mortgage bonds remain at a record low, and mortgage-credit institutes report of increased interest in mortgage conversions and supplementary low-interest mortgages.

In addition, disposable incomes are lifted by the tax reform from February 2018, which alleviates tax on earned income and pension payments. As of 2020, additional fuel will be added to the consumption “fire” when the authorities repay a large amount of housing taxes that were collected due to false valuations.

Households have also used the increase in income for savings and last year’s record high net financial savings indicate that consumers are still finding savings very important. Tighter loan requirements and low interest rates have meant that households have paid off debt for a number of years. As a result, gross debt has decreased relative to incomes. The last two years, household’s gross debt ratio has remained virtually unchanged. Several years of increasing house prices, alongside historically low interest rates on long term loans, have led to favorable opportunities to borrow based on equity in the form of housing.

Due to the announcement of rising taxes and the postponement of car purchases from the previous autumn, car sales were extraordinarily high in the first quarter of 2019. But the large number of car sales also seem to be the result of an underlying consumer optimism. We expect a slight decline in consumption in the second quarter, due to the normalization of car sales. However, underlying growth in private consumption is quite positive.

Public spending close to the limits

For several years nominal public consumption has been slightly below the agreed limits, but in recent years municipalities and regions have come very close to the budgeted level. Therefore, it is our estimate that they will come very close to the limits in 2019. Only when the agreement on the Finance Act for 2020 is finalized, the budgeted level for 2020 will be final.

Public investments have increased quite strongly throughout 2018, and we expect real growth to arrive at just over 4.5 per cent in 2019. This depends on whether allocated budgets are fully spent. However, during the past two years, municipalities have exceeded the level of investments they had agreed to with the government. It may very well also end up being exceeded in 2019, as the municipalities have budgeted an investment level of DKK ½bn above the agreed level. For the time being, DI estimates a growth of 0.5 per cent in public investments in 2020. However, only when the agreement on the Finance Act for 2020 is finalized, the budgets for 2020 will be final.

Progress in private investments, but at a slower pace

The general improvement of the economy has given rise to further housing- and business investments in recent years. Also, in the coming years progress is expected, albeit at a somewhat slower pace.

Following a growth of just below five per cent last year investments in housing is expected to increase by 1.7 per cent in 2019 and by 1.3 per cent in 2020. Due to slower price increases in the housing market, there has been a slowdown in investments in especially new buildings. In particular when it comes to owned flats in most major cities, prices have been levelling off.

During the last years, investments have increased more than employment. Meaning that there has been an increase in the amount of capital per employee. There are big differences in the levels of investment in Danish companies. Small and medium-sized enterprises in particular, are lacking behind, as their investments per employee on average is less than half of what large companies invest.

Exports have defied the global headwind

Exports in goods increased by 1.4 per cent in the third quarter and by 2.9 per cent in the fourth quarter of 2018. Preliminary numbers indicate that the increase in exports of goods continued into the first quarter of 2019, which means that exports of goods quite surprisingly has picked up momentum during a period of slowdown of growth in a number of our large export markets as well as a decline in world trade.

Part of the exports increase has been driven by an extraordinarily large increase in exports of medicine and machinery. It is the assumption that part of the increase of previous quarters is of a temporary nature, and that exports in the future will grow in line with demand from abroad. Overall exports are expected to increase by 2.7 per cent in 2019 and by 2.4 per cent by 2020.

An ever-increasing share of what we use in Denmark is imported. As a result, we have seen a decline in the domestic market share over the past 20 years. This decline has slowed down slightly in the period from 2011 to 2016. However, recent years’ pick up has again led to declining domestic market shares and thus an increase in the import quota. The picture is somewhat confused by the imports of sea freight and vessels, as they are typically not linked to the activity in Denmark, but to a large extent depend on the growth in world trade. Imports of ships are estimated to decrease in 2019, while we see a weak development in imports of sea freight, in particular at the end of 2018.

Last year, imports increased significantly more than exports. The large increase in imports is mainly due to the purchase of vessels in the first half of 2018. Imports of vessels have decreased to a more normal level at the end of 2018. This trend is expected to continue in 2019. Exports have increased significantly more than imports in recent quarters, which leads to an improvement in the balance of payments in 2019.

The increase in employment is expected to continue in the coming years. According to DI’s economic forecast employment will be 36,000 higher in 2019 than in 2018, and from 2019 to 2020 a further increase of 27,000 individuals is expected.

An expansion of the labour force of 63,000 individuals is expected during 2019 and 2020. This development is by and large driven by an influx of foreign labour and later withdrawal from the labour market as a result of the increased retirement age in the early retirement scheme and for old-age pensions.

Developments in the labour force and in employment mean that unemployment will drop even further in the coming years.

This economic forecast is based on published Danish and international statistics on national accounts, foreign trade, financial conditions, etc. We have applied the macroeconomic model MONA when carrying out this forecast. MONA has been developed by the Danish Central Bank. However, this forecast and its assessments are solely the responsibility of the Confederation of Danish Industries. 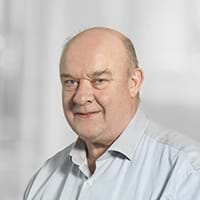