At COP26 the entire world unites to fight the massive challenge of climate change. Use of coal is the single largest source to energy related greenhouse gas emissions. In the EU, high prices on CO2 emissions have made coalfired power plants a bad business.

Realistically, we will see a sharp decline in the number of coalfired power plants towards 2030. We find that by replacing coal powered electricity with renewable electricity the EU can reduce its CO2 emissions by 360 million tonnes. This will realistically generate 60 billion EUR of green, Danish export towards 2030 from wind and energy efficiency solutions. We also qualitatively evaluate a large green, Danish export potential to BRIC economies in the long run.

The International Energy Agency (IEA) has estimated that China represents one-third of the global coal consumption. The future of both Chinese and global coal demand depends on the Chinese electricity system. Because of accelerating increase in renewables deployment, coal is expected to meet only half of the projected 8 pct. increase in electricity demand in 2021. India and the US are other major coal-users – and coal demands are expected to rebound in 2021 after Covid.2

In general, coal use in EU is decreasing with Germany, Poland, and the Czech Republic accounting for two-thirds of EU’s coal use for power. Countries such as Austria, Sweden and Portugal have already phased out coal power generation. Denmark has a very low share of fossil fuels in electricity generation, and Denmark expects to phase out coal by 2028. Many agents in Denmark work towards a full phase out in 2025. This is among other things due to the large investments in development of wind technology. The rest of the EU and the world are now facing challenges that Danish technology can help solving. Thus, Denmark has not only helped the Danish climate, but Denmark also has an opportunity to export to a world that desperately demands effective climate solutions.

1. Coal phase out in the EU

If the phase-out of coal powered electricity is towards renewable energy, this will imply establishing around 400 TWh of renewable energy. To put this into context it corresponds to establishing at least 30 energy islands3, each with a production capacity of 3 GW according to data from the Danish Energy Agency4. This is without considering the increasing demand for clean energy, especially electricity.5

Using data from Eurostat on electricity generation in 2019 in EU6, we estimate sustainable electricity to be 43 pct. wind. If we assume that the share is unchanged when phasing out coal for electricity this implies a demand for around 185 TWh of wind generated electricity.

The Danish market share of this potential is uncertain, but an estimate is shown in Table 1. By using green export data from the years 2017 to 2019 and combining these with estimates for the increases in wind generated electricity in the same year, we get a proxy for the Danish wind export per additional TWh electricity for wind generated. This corresponds to a gain of 0.34 billion EUR/TWh additional wind which again corresponds to a potential export gain of 60 billion EUR by 2030 from phasing out only coal. This does not consider the expected rise in electricity demand mentioned earlier, and this potential also does not account for phasing out other fossil fuels. One can thereby expect an even higher export potential.

The energy efficiency target plays a significant role in combatting climate change. If we apply the 2018-target to just the coal powered electricity generation in the EU, we will see a decrease in electricity production of around 36 TWh. This is approximately the same as the total expected energy production from Danish windmills in 2030 (estimated to be 40 TWh in Energinet 20218). This includes 1 GW of an energy island being fully operational.

Thus, there is generally a large, green export potential within the EU when approaching 2030. Just when phasing-out coal to electricity Danish companies can realistically expect green export of 60 billion EUR either from wind technology or energy efficiency solutions. This potential will further increase when industries decarbonise, and most cars will be electricity driven. The EU directives regarding energy efficiency will further drive Danish green export within EU.

2. Global potential when phasing out coal

A new report from the Ministry of Industry, Business and Financial Affairs9 shows that most green export is within the EU, which is why the analysis has focused on this area. The report also shows that a relatively small share of the export goes to the BRIC-countries. Especially India and China have energy systems based on coal as an energy input, cf. Figure 2. They also have a very low renewable electricity share. Given the climate challenges these economies also need to start phasing out coal and instead implement sustainable energy and energy efficiency solutions.

Given the small current export and the climate challenges, there is a potential for green export to these two countries, especially for energy efficiency solutions and energy services.10 However, a phaseout of coal in the short run towards 2030 seems unlikely, as China struggles to balance its economic growth with climate challenges.11 Still, China have pledged not to build new coal-fire projects abroad indicating a step towards less coal.12 If the Danish export share remain unchanged green export will be very large, especially in the long run, when these economies go from coal towards renewables.

In the future, Danish, green export has a large potential, both economically, but also with regard to climate challenges. The business community is part of the international efforts to combat climate change. At COP26 in Glasgow, Danish business will attend as part of the State of Green’s business pavilion CLIMATE PARTNERSHIPS TOWARDS 2030.

More than 25 companies representing a wide portfolio of climate change solutions, green jobs, economic growth and decarbonization. In general, Danish companies can provide green technological export, not only for the benefit of Denmark, but also for the benefit of the climate. 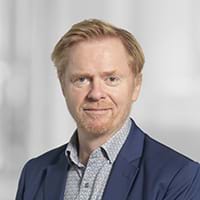