Introduction, Vision & Goals, political initiatives, priorities, industry statistics and what we do internationally

Denmark has one of Europe’s most flexible and well-functioning labor markets featuring competitive salary levels, a highly skilled and productive work-force and excellent up and down-scaling conditions for companies. On this backdrop Danish Defence and Security Industries Association (FAD) embodies several highly advanced, competitive and specialized member companies constituting a sector with growth in revenues and exports. With currently around 100 members, FAD is a solid representative for the Danish defence, security, aircraft and space industry.

In early 2018, the new Defence Agreement 2018-2023 came into being. With a substantial raise in defence spending, the agreement is setting a very promising scene for the development of the Danish armed forces for the next six years.

In FAD, we are convinced that apart from buying new equipment, an even closer cooperation with industry on maintenance, repair and overhaul of equipment and training will benefit the armed forces and provide “more bang for the buck”. This should be elements in the on-going developments of the armed forces.

Cyberthreats are severe and persistent. In FAD, we very much welcome the significantly strengthening of cyber protection set out in the new Defence Agreement. This is good news for companies and the society in general.

FAD in the coming years

The coming years will be important for the industry.

First, A revised National Defence Industrial Strategy will lay framework for the industry in the years to come. Key here is to maintain and develop further the competitive industrial base in Denmark. Focus should especially be on the rapid global development in technology and R&D. In addition, the strategy should underpin areas where Danish companies have an edge.

Second, a continued strong focus will be on industrial partnership and cooperation with the US in all areas of defence, security, aviation and space. Access for Danish defence companies to the US market for defence equipment is paramount. We are well underway but the US being by far the largest single market for Danish defence companies it is now time to benefit even further of the close Danish ties with the US armed forces and industry.

Third, focus will increasingly be on the European defence market with the launching of the highly ambitious EU Defence Fund. Even with the Danish opt-out on European defence cooperation Danish companies will have to find ways to participate in the joint efforts to develop a stronger and more innovative European defence industrial base.

Danish defence and security industry offers cutting edge solutions and parts supplying armed forces and defence contractors all over the world. FAD is the national body for the industry. Please do not hesitate to contact us for all matters regarding cooperation with Danish companies. 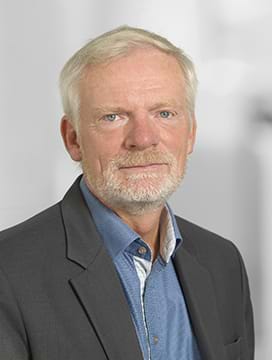