These are the three core values of Military Equipment Denmark, which over the years have developed the company to become a recognized supplier to the defence and security market.

MED was founded back in 1987 by Member of Board, Leif Braae. His stepson CEO, Peter Jensen, joined the company in 2007 and took over as CEO in 2016. Additionally, Mogens Mogensen became a part of the team in 2011 and together the two guys work out to be the perfect match: Mr. Jensen with a sensation for the business aspect, and Mr. Mogensen with a sensation for customer and sales exposure.

“Competition is not a bad thing”

- At MED we have three core values: Honesty, integrity, and openness. This has been a kind of common threat for us throughout all the years. Honesty and integrity come from the old man himself, Mr. Braae. These were the core values for establishing this business. And by openness I mean, being open to new business adventures among others - a very important value as well. We do not view competition as a bad thing, but as a healthy tool, that can help create development and new options. Thus, MED has multiple collaborators, describes Mr. Jensen.

Veterans are an asset

Furthermore, MED is a huge advocate for hiring veterans. They are an asset to any company.

- We have several veterans among our employees. Yes, they may have mental and emotional wounds which are important to respect. But most of all they have a huge knowledge of our products. The veterans know how to use the products and the environment in which the products come into use. They understand more than anyone else why it is important to find the best products for the defence and security market. We are happy to have them on our team, elaborates Mr. Jensen.

A lot on their plate

MED cooperate with European and overseas agencies to find products based on customer needs and wishes. Many new agencies have been added during the last years. But among the collaborators are also companies that have been a part of MED’s journey since the beginning. Professional and trusting cooperation for mutual benefit is important for MED.

The main focus has been on military equipment as the name also indicates – from the smallest parts to the biggest vehicles. With the delivery of the equipment, MED has realized, that it is not enough to sell the equipment. It is also necessary to be able to repair and maintain the parts. Therefore, an up to date workshop has been integrated as a part of the new 2000 m2 building, which MED moved into at the end of 2019.

The above-mentioned shooting range is a part of that workshop, where it is possible to test, repair and modernize shooting range equipment, for example for The Danish Armed Forces.

In other words: MED got a lot on its plate but is still always open for business. Being open, honest and showing integrity is what keeps them growing and developing their business. 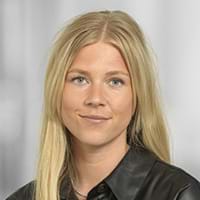