How to succeed as an international manager in Denmark

When it comes to being an international manager in a new working culture in Denmark, Ram Pattiwar knows what he is talking about. He has been travelling to - and worked in - up to 25 different countries before he moved from India to Denmark in 2011 to work as Program Manager at FLSmidth.

At some point he managed a team of around 20 people across Denmark, Brazil, Germany, India, and USA. Working with people management in various setups has given him quite a lot of experience which he shared with us.

“In order to understand another culture, you need to see where you are coming from” Ram says. The Indian work culture is characterized by a high power distance whereas a flat hierarchy is prominent in the Danish work culture.

Ram says that Danish employees tend to be very honest and open with their managers: “Where I come from a yes can have many meanings. It can mean ‘yes’, it can mean ‘no’ or it can also mean something in between. In Denmark employees will do a task if they agree to do it. If they cannot do it, they will simply say no”.

Ram explains it is a matter of losing face if you say ‘no’ in India. In Denmark you lose face if you do not deliver, he learned. In the beginning of his employment in Denmark he would check up with his employees when he gave them tasks and that surprised them. “I realized that I do not necessarily have to follow up; the employees will do the tasks that we agreed to” he says. “It is in many ways a much more efficient way of working” Ram underlines.

In the course “Leading in a Danish Work Culture” we will help you to understand the Danish workplace culture with its unwritten rules and democratic approach as well as provide you with the adequate managerial tools you need to develop your abilities required for your position.

Speaking of efficiency. One thing that particularly surprised Ram was the fact that many Danish colleagues ask a lot of questions. “To me it was hard to understand why we have to talk so much about a task, discussing it and asking a lot of questions before we began working on it” he says.

Ram found it stressful with all these questions, but he realized that they are an expression of people’s curiosity and thoroughness. “I think it is a huge plus that people in Denmark are not afraid to ask back to their manager multiple times. In India you would be worried that you are seen as inefficient to do so” he says and adds: “People in Denmark are not even afraid to ask a question even to their CEO regardless of their own position. You will not find that approach in many other places”.

Ram says that this way of working has pushed him as a manager to be clear in his communication and be well-informed. Overall, it adds value to the tasks performed because everyone fully understands what their role is and what is expected of them.

In the “Network for International Managers” you get the opportunity to expand your network with other managers with diverse experiences and backgrounds and you get inspiration and knowledge to improve your managing skills.

Ram also really likes the Danish work-life balance although it took some time for him to get used to it. In the beginning of his employment he was the only international manager in the team. 80 % of the employees were leaving on time some even at 3.30 pm, though they were coming in at 9 am. “It was difficult for me to understand and it took some time for me to realize how people could fulfill their job and tasks and how the managers could accept it” he says.

Over time he came to understand: “In Denmark it is not common to have someone else to pick up your kids from daycare or school. People have to leave early to do that and then they often work in the evenings instead”.

Ram explains that in many other countries people are expected to work longer and extra hours. Performance is measured in working hours spent instead of what is delivered. “That does not necessarily make any sense. At the end of the day what you deliver makes sense. That is what one should be measured upon” Ram says.

Things can be surprising, annoying, or even seem perfect but hold on to making judgements on your colleagues and surroundings. Ram Pattiwar, Program Manager at FLSmidth

We asked Ram what his advice would be to other international managers. His main advice is not to jump to a conclusion in the beginning:

“Things can be surprising, annoying, or even seem perfect but hold on to making judgements on your colleagues and surroundings. If you make judgements with limited knowledge you built that feeling in your mind and it can go on for weeks, months or even years. Give them some time and give yourself some time. Then you will understand why people act as they do” he says, and he adds that approach helped him a lot when he began his new job in Denmark.

His second advice is to make an action plan and seek information by talking to people and reading about the new culture as every place is different. “Even though you have lived and worked in other countries it does not make you a superhero here” he says and adds: “There is a flat hierarchy in Denmark so you can speak to anyone” he says and adds with a smile: “Asking questions in Denmark is not frowned upon quite the contrary.”

Ram joined a DI course for international managers when he started working in Denmark and it prepared him and helped him understand the Danish model, the culture as well as the work culture:

“This course was quite interesting and very helpful. If it is possible you should try to sign up for a thing like this in the beginning of your employment. In that way you understand the people and the culture better already from day one”. You can read more about DI’s new course and network for international managers. 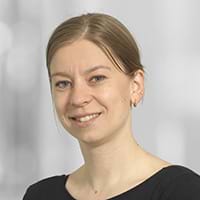 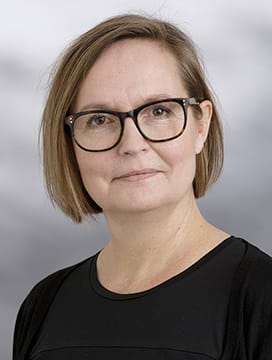