Four out of ten Danes want a greener car

Sales of electric and hybrid cars are on the rise, and still more consumers imagine that their next car will be green. Meanwhile, the high price tag on green vehicles and the limited range of electric cars are still a deterrent, shows a new study from Bilbranchen.

At first nothing happened, and then nothing happened... And then something did in fact happen all of a sudden in the green vehicles market, shows a new analysis from Bilbranchen, which represents the automotive industry and is part of the Confederation of Danish Industry.

“The data shows that now every eighth Dane wants their next car to be electric. Four out of ten Danes would like an electric or hybrid car - and sales figures indicate that green vehicles are already gaining traction among the public. In the first quarter of 2019 almost every tenth car sold was electric or hybrid,” says Thomas Møller Sørensen, Director at the Confederation of Danish Industry.

However, the numbers also show that fully electric cars in particular still face tough competition from traditional car types. The list over the top three obstacles is as follows:

Price is the most important reason why there aren’t more people buying electric cars. Thomas Møller Sørensen, Director at the Confederation of Danish Industry.

Although consumers are increasingly embracing green cars, the same obstacles continue to stand in the way of green vehicles truly taking over the market. And this is something we need to take seriously, says Thomas Møller Sørensen.

“Price is the most important reason why there aren’t more people buying electric cars. The price difference between car types will probably decrease over time, but the price problems won’t solve themselves within the foreseeable future. That’s why we’ll still need long-term measures to support sales of green vehicles for a number of years to come,” says the director.

The range of electric cars has improved significantly in recent years, but if it still cannot satisfy individual transport needs, a hybrid car may be the solution. The issue of range also points to the third-greatest obstacle to green vehicle sales - namely the still limited possibilities for charging cars when and where the need arises.

“In Denmark we actually have quite an extensive charging infrastructure relative to the number of plug-in cars, but consumers obviously want to be able to charge their car wherever they usually park. This could be right outside their home or workplace. Meanwhile, this is a problem that will gradually be solved as the green vehicle fleet grows larger and more players see potential in fulfilling that need - also for fast charging,” notes Thomas Møller Sørensen. 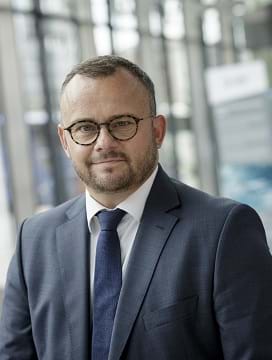