New study shows that unfilled jobs increase pressure on employees. Learning to say no and listening to employees is key, says one company.

At architecture consultancy and engineering company AI, new clients and projects are currently pouring in. In three years, the number of employees has increased from 60 to just under 100.

“If we could find the right people, we would hire ten new employees tomorrow,” says Creative Director Tomas Snog.

AI’s problem is just that employees with the right competences for the job are hard to come by.

The economic growth evident at offices, factories and construction sites across the country has brought down unemployment, and today many Danish companies report difficulty recruiting new employees.

The labour shortage at Danish companies means that the existing workforce faces increased workloads when orders and jobs are pouring in, shows a new survey that Epinion has conducted for the Confederation of Danish Industry (DI).

“Before, we would compete with other firms to make clients the best offer. Today, however, the competition is about getting hold of the right employees,” says Tomas Snog.

In the survey, one third of employees at Danish companies report that their workplace has had difficulty recruiting new employees within the past three years.

Of that group, 41% report that they have become busier at work. Moreover, 41% respond that they themselves and their colleagues have become more stressed, while 27% find that their working environment has grown worse.

We’ve decided that we have to say no Creative Director Thomas Snog, AI

According to Director at the Confederation of Danish Industry Steen Nielsen, the survey highlights the fact that the labour shortage puts pressure on both employees and companies.

“The survey makes it clear that both employees and companies suffer when companies are short on labour, and meanwhile society loses out on income when companies are forced to turn down orders. This highlights the necessity of targeted efforts to solve the growing recruitment problems,” says Steen Nielsen.

For Tomas Snog at AI, the results of the survey come as no surprise.

“Most companies are glad to be busy, because it’s good for business. That’s true in our field as well. But an increased workload can take a toll on employees if it goes unchecked,” he says.

To come to grips with the difficult task of balancing increased workloads and ensuring that employees don’t get burned out, one of the things AI has done is to allow potential jobs to pass on to other firms, explains Tomas Snog.

“We’ve decided that we have to say no,” he says and adds:

“We’ve also chosen three areas to specialise in – residences, schools and hotels – and in that way we can use – and reuse – our competences best.”

Epinion’s survey also shows that 13% of respondents have seen their company turn down jobs due to recruitment issues.

May have major consequences

AI’s management often puts work pressure on the agenda at weekly meetings, and there is a lot of focus on managing resources and ensuring that people take time off and aren’t still at the office at 10 pm, explains Tomas Snog.

“It’s a question of implementing a certain kind of work culture. It’s something we talk about a lot. Particularly younger employees often have to learn that taking time off is just as important,” he says.

In this way, Tomas Snog feels that the company has achieved a balance between busyness, thriving employees and a good working environment. For him, the calculation of whether it’s worth it is an easy one.

“If we end up having an employee taking sick leave because of stress, it may mean that a project goes off course. That costs us a lot of money, not to mention the cost of the sick employee and the help required to get back on track,” he says.

In a new DI survey, 33% respond that their workplace has had difficulty recruiting new employees in the past three years. Of these 33%:

41% say that they have become busier.

41% feel that they themselves and their colleagues are more stressed.

27% find that their working environment has grown worse.

Source: DI, Epinion. 1,013 representatively selected Danes participated in the survey. The interviews were conducted in the period 22 June - 5 July, 2018.

Read more at di.dk/arbejdsmiljoe  (In Danish) 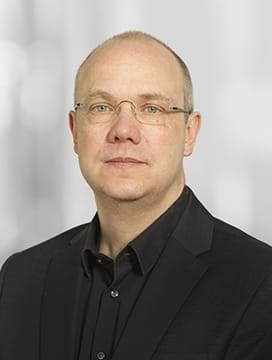