2018 will not go down in history as a good year for free trade. But what will 2019 bring? DI’s International Marketing Policy department has taken a closer look at the best- and worst-case scenarios.

When it comes to trade policy, if there is one good thing to be said about 2018, it is that it was certainly not a boring year.

The year had barely started before the US decided on 22 January to impose protectionist tariffs of up to 50 per cent on washing machines and solar panels. This primarily affected Chinese and South Korean companies, meaning that the EU was initially spared Trump’s tariffs hammer. This only lasted until 1 June, when the US imposed tariffs on steel and aluminium from a number of countries, including the EU.

The EU promptly responded by introducing a retaliatory tariff on $3.2 billion worth of American products, including bourbon and Harley Davidson motorcycles.

From August to September, the US went after Chinese exports to the US, imposing tariff after tariff, and by the end of the year the US had imposed tariffs on goods amounting to $303 billion in total – or 13 per cent of the US’s total international goods imports.

But 2018 also brought good things. The trade agreement between Japan and the EU was approved by the European Parliament at the end of the year and will come into force on 1 February 2019. This is not only the EU’s most comprehensive and ambitious trade agreement, it is also – when disregarding the WTO trading system – the world’s largest trade agreement to date. An uplifting development in an otherwise difficult year, says Director of International Marketing Policy at DI Peter Thagesen.

“2018 was a year in which trade conflicts between the world’s superpowers greatly escalated, which has been deeply troubling to witness. It is a major threat to a small, open economy such as Denmark’s. That is why it was so positive that the year was rounded off with the approval of the trade agreement between Japan and the EU. This in itself can help bring about significant growth in Danish exports,” he says.

The big question is how things will go in 2019.

“Most likely, neither the best- nor worst-case scenario will come true. It will probably end up somewhere in the middle. One thing, however, is certain - it will be a critical year for international trade,” says Peter Thagesen.

EU - USA: After countless tweets and threats, Donald Trump slaps 25 per cent tariffs on European cars and auto parts, impacting about 12.5 per cent of the EU’s total goods exports to the US. The EU decides to counter by imposing corresponding retaliatory tariffs on American goods. The tariffs curb international trade, increase prices for consumers and weaken exports and growth.

US – China: China cannot fulfil the US’s trade demands, and on 2 March 2019 the US therefore increases tariffs from 10 per cent to 25 per cent on $200 billion worth of Chinese goods. China retaliates, and as a result the US threatens to impose punitive tariffs on the rest of China’s American exports, and follows through a few months later. China retaliates, and by the end of 2019 all goods trade between the US and China, amounting to $635 billion in total, is subject to a 25 per cent punitive tariff. China implements measures to affect the US in other ways, such as making it more difficult for American companies to invest in China, deliberately slowing the customs clearance of American goods and imposing restrictions on American subsidiaries in China, thereby making it more difficult for them to deliver their goods to the rest of the world. This affects companies such as Apple.

The World Trade Organisation: Member nations cannot come to an agreement regarding necessary reforms, leaving the WTO’s Appellate Body in a deadlock at the end of 2019. As a result, trade disputes between WTO members can no longer be adjudicated by an independent panel, and it will be up to the involved parties to come to an agreement on their own. Frameworks for international trade will thereby no longer be based on rules but purely on power.

EU – US: The EU and US agree to remove tariffs on all industrial goods and to remove technical trade barriers in a number of central areas, including cars and medical equipment. Danish businesses dip the flag! International trade increases and companies have even better opportunities for creating growth and jobs.

US – China: The US pressures China into a number of key trade concessions, after which China agrees to e.g.:

- Increase protection of intellectual property rights for both Chinese and international companies.

- Reduce tariffs on a number of goods.

The above takes place in a way that also benefits the EU, giving European companies far better access to the Chinese market.

The World Trade Organisation: WTO members agree upon a reform of WTO, thereby ensuring the future of the Appellate Body. Member nations further commit to notifying WTO regarding support schemes and policy initiatives that may impact trade, thereby creating far greater transparency with regards to implementation of measures that may skew competition. 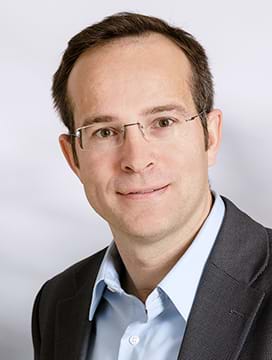