CEO: IT apprentices make a whole lot of sense

Far more SMEs should consider hiring IT apprentices. These young, sharp minds represent much more than affordable labour – they can also help boost the entire company digitally, says Kasper Sørensen, CEO of mattress and pillow manufacturer Dan-Foam ApS. The Funen-based company has about 300 employees, and of these two are usually IT apprentices.

Both apprentices and CEO are happy, for several reasons. One is the opportunity for labour here and now, the other is the more long-term benefit, which is more difficult to calculate in a single accounting year.

“All companies have to be on top when it comes to IT today, but this is a field that develops fast. That’s why IT apprentices make a whole lot of sense. Young people bring new knowledge and often a whole new approach to IT, which may very well differ from how the rest of us think,” says Kasper Sørensen and adds:

“Young people can help develop the competencies of a company’s current employees – and thereby the company itself.”

Dan-Foam’s CEO leads a company that operates under the American group Tempur Sealy International. IT and automatisation are essential when you need to produce 400,000 mattresses and 1.5 million pillows a year for the international market – but so are employees and competencies.

See also: Off they go: Young Danes attracted to careers in other countries

There are only arguments in favour of more companies considering IT apprentices. CEO of mattress manufacturer Dan-Foam, Kasper Sørensen

For that reason, throughout the past six years Dan-Foam has almost constantly had two IT apprentices in addition to four process operator apprentices. It’s a matter of creating the workforce you need yourself, explains Kasper Sørensen.

Other Danish companies should consider doing the same, he says – particularly right now, when IT skills are in such high demand.

“If the business community doesn’t do something to solve the issue, we will be the ones in trouble, because we’re the ones who will be lacking the competencies. That’s why there are only arguments in favour of more companies considering IT apprentices,” says Kasper Sørensen.

Ironically, while there is a great lack of qualified IT workers, there are also too few apprenticeships at companies. That is something Kasper Sørensen wants to help change, and that is why he is among the DI members who in coming weeks will share Dan-Foam’s experiences with IT apprentices at events at various companies.

According to DI, there are currently over 1000 students lacking apprenticeships in this field.

Small department is no deterrent

One thing Kasper Sørensen has learned is that companies should not let a small IT department deter them.

“At Dan-Foam we have a team of thirteen employees who work directly with IT, one of whom is a former apprentice. You don’t need to have a bigger department than that to make it work,” he says.

Dan-Foam ApS is international and of a certain size, but less will also do it. The CEO recommends that interested companies ask vocational schools, who are keen to help find apprenticeships for their students.

“If you’re unsure of whether you have enough work for an IT apprentice, contact the schools. Sometimes it may simply require more than one company to train them. It’s as easy as that. It’s worth looking into the options, because there are enormous benefits to having IT apprentices,” says Kasper Sørensen.

DI and DI Digital invite members to a morning meeting, where you will receive a brief introduction to taking in apprentices and the kinds of work they can participate in.

You will also hear from companies who already have IT apprentices.

There are six intro meetings between January and March. Participation is free. Read more and register here: Hire an apprentice 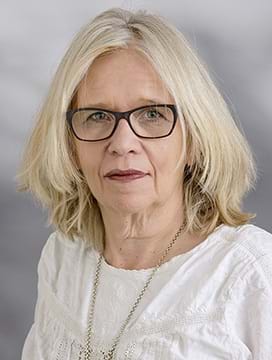